Apple has hit the jackpot with its iOS platform. When you pick up an iPhone or iPad, not only you get to purchase many useful applications and fun books from the app store, you also get locked in to this platform. The more money you invest in this platform, the harder it gets to leave it. As Trip Chowdhry of Global Equities Research predicts, iTunes could bring $13 billion in revenue to Apple’s pocket by 2013. 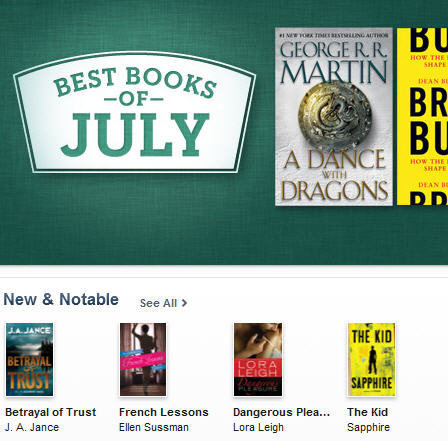 Apple has already shown its intention to go after e-book publishers to get a piece of their revenue. The company has big plans for iBooks too. As reported on ibtimes, consumers may be warming up to iBooks:

Trip Chowdhry explained. Many experts have considered the App Store not to be a huge profit center for Apple. After all, Apple spends a ton of money to run the store. But with people buying more iPads and iPhone, iBooks and the App Store as a whole will be bringing a ton of money to Apple’s pockets. Is iBooks superior to Kindle in terms of usability? The jury is out on that.