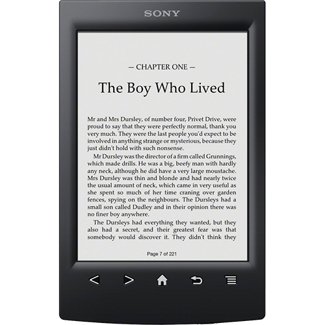 Remember Sony Reader devices? Sony was in a much different position in the e-reader market a few years ago. While the company still has some great e-readers, they are nowhere as popular as the Kindle or NOOK in this side of the world. The Sony PRS-T2/HBC is the latest e-reader by Sony. It has E-ink Pearl technology on-board with Clear Touch Infrared. You get a 600 * 800 resolution display. The battery lasts for 2 months.

This 6 inch Sony reader weighs less than 6 ounces. It supports public library downloads. 6 built-in dictionaries are included too. Sony PRS-T2 does look quite similar to its predecessor though. Even though Sony used to be a great company, it has been quite awful when it comes to properly challenging the top dogs in the e-reader business.

Overall, the new Sony PRS-T2 device seems like a minor upgrade over its predecessor. Sony is clearly not interested in going for broke to change its fortune in the e-reader market. This safe approach will most likely not pay off though.