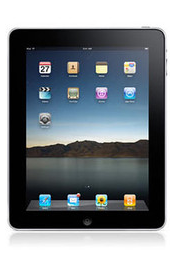 The cat is finally out of the bag. We have known for some time that Apple was aiming to go after content publishers to get its 30% cut of their revenue. This sounded like a very aggressive move that could have major ramifications for all parties involved. Apple has decided to pull the trigger on the move anyway. While launching its new subscription system in iTunes, Apple took time to send ultimatum to any publisher aiming to sell content on Apple devices:

Subscriptions purchased from within the App Store will be sold using the same App Store billing system that has been used to buy billions of apps and In-App Purchases. Publishers set the price and length of subscription (weekly, monthly, bi-monthly, quarterly, bi-yearly or yearly). Then with one-click, customers pick the length of subscription and are automatically charged based on their chosen length of commitment (weekly, monthly, etc.). Customers can review and manage all of their subscriptions from their personal account page, including canceling the automatic renewal of a subscription. Apple processes all payments, keeping the same 30 percent share that it does today for other In-App Purchases.

Steve Jobs certainly does not pull any punches, especially considering that many of these small and large publishers helped Apple’s platform become as successful as it has:

Our philosophy is simple—when Apple brings a new subscriber to the app, Apple earns a 30 percent share; when the publisher brings an existing or new subscriber to the app, the publisher keeps 100 percent and Apple earns nothing… all we require is that, if a publisher is making a subscription offer outside of the app, the same (or better) offer be made inside the app, so that customers can easily subscribe with one-click right in the app. We believe that this innovative subscription service will provide publishers with a brand new opportunity to expand digital access to their content onto the iPad, iPod touch and iPhone, delighting both new and existing subscribers.

Unfortunately for Apple, some publishers simply can not afford to pay it a luxury tax just to sell their content on iOS devices. Let’s make no mistake about it. Apple iPad is the top tablet on the market today. It commands a huge chunk of the marketshare in the tablet business. Larger publishers may not have too much of an issue paying a ton of money to get exposure on this platform.

The publishers who adopted Apple’s platform early on and spent a ton of money to get their apps to the market have every reason to be disgusted with Apple’s latest trick. It is true that Apple has worked hard to get its iOS platform to where it is. But its success is partially due to the work of 3rd party app developers. To make the very same people give up 30% of their revenue to stay involved is over the top. Apple will certainly face antitrust issues over this move. It is just a matter of time. This episode proves why publishers should not put all their eggs in one basket.