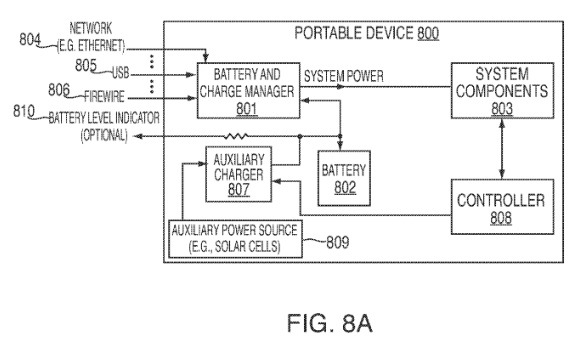 Apple iPad has a long battery life in comparison to laptops and many other tablets on the market. But it can’t even get close to what devices such as Kindle offer. The next generation iPads may not be able to close the gap significantly, but they could potentially take advantage of solar power to offer their users an easier way to keep their tablets charged (according to a recent Apple patent):

The future iPhones and iPads could have solar battery cells in the front and back. According to this patent, users will be able to charge these devices multiple ways. iPad 2 won’t be a solar powered device but it could have a retina and less reflective display. At this point, it is not clear when we will see solar iPads. At the same time, solar tablets are much more exciting alternatives to e-readers than the current crop of slates.