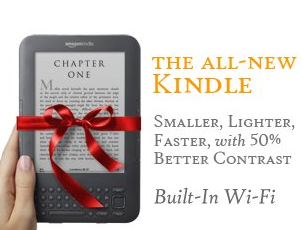 The year 2010 has been a quite successful one for Amazon. The company has sold millions of Kindle units just in the past quarter. It is expected to sell even more as people become more open to the idea of ditching paper books for e-books. Amazon Kindle will be pushed hard by devices such as iPad 2 in 2011. Considering all the momentum that this platform has at this point, Kindle is expected to remain relevant for the foreseeable future. While it is tough to predict what Amazon will do with this platform in 2011, here are 6 things we would not put past it:

What are your predictions for 2011?