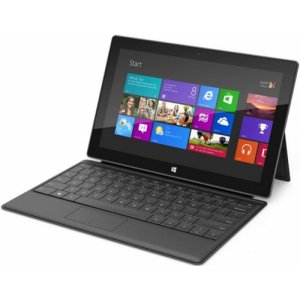 The Surface Pro is finally here. The device is Microsoft’s first Windows 8 tablet. Unlike the Surface with RT, this tablet will run legacy and native Windows applications. It does have many design similarities to the slightly older Surface though. The Surface Pro comes with an i5 processor inside and 4 GB of RAM. It is essentially as powerful as a Windows ultrabook. As multiple sources have reported, the Surface Pro has already sold out.

The only question is how many units did Microsoft make available for sale? It is ludicrous to believe Microsoft sold a ton of Surface Pro tablets when they cost a ton of money. It is true that the Surface Pro could be a hit among business professionals. But the price tag and Windows 8 will surely keep average consumers hesitant.

There is a good chance the Surface Pro was released only in a low quantity. The Surface Pro could be a hit. But we will never know until Microsoft manufactures more of these. Microsoft is not done making tablets. We could soon see smaller Surface devices. It all comes down to how consumers react to Surface devices in the upcoming weeks and months.