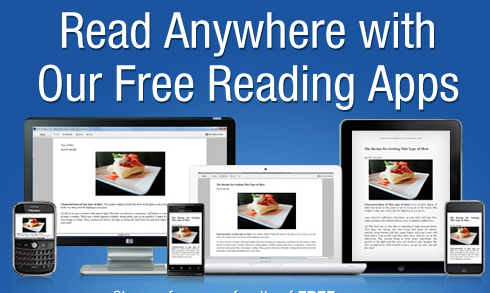 Amazon is quite serious about bringing its Kindle app to as many platforms as possible. Amazon Kindle app is already available for iPhone, iPad, Android, and Blackberry. Kindle fans can use Kindle app on their Mac and Windows computers too. Unfortunately, Symbian fans feel a bit left out. Even though Symbian is a huge smart-phone platform, Amazon has focused more on highly popular platforms such as iOS and Android. Symbian fans are not ready to give up. An online petition has been posted to encourage Amazon to change its mind and bring a native Kindle app to Symbian phones. 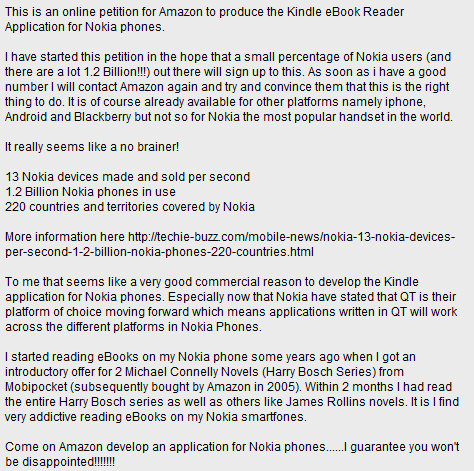 Unfortunately, it could take a while before Amazon pulls the trigger on this. Amazon is more interested in targeting popular platforms. Symbian may be very popular internationally, but it simply does not generate a whole lot of buzz in the U.S.  Many smart-phone fans in the U.S. may have not even heard of the platform. Amazon’s main focus seems to be on Android at this point. With Android 3 coming out in 2011, the tablet market will be getting a major boost. Focusing on Symbian at this point of time does not seem like a good investment for Amazon. We can’t rule it out completely though.

Would you like to see a Kindle app for Symbian-based phones?