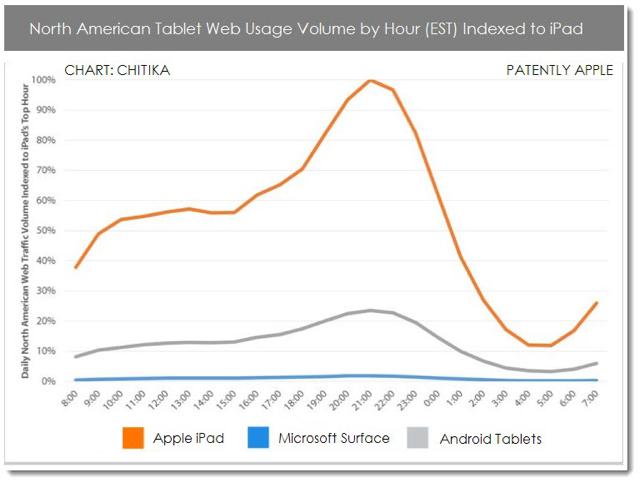 Android has been dominating in the world of smartphones and tablets. But it seems Apple products are responsible for the majority of web traffic. A new Chitika report shows that the iPad remains dominant as far as web traffic in the U.S. and Canada is concerned. Microsoft Surface is not having much success, especially when you consider how hard Microsoft has tried to push the device.

The data is based on the peak hour for all tablet web usage, 9 p.m. ET. The iPad continues to remain the king of tablets. How long that will last remains to be seen.