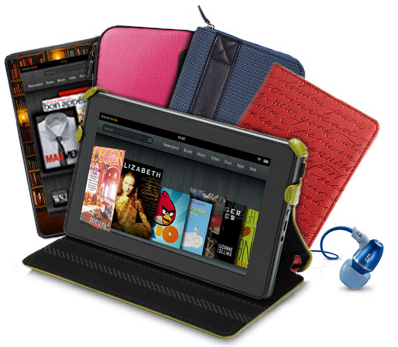 Amazon had a quite successful year in 2011. It brought the Kindle Fire to the market and sold millions of these e-readers in the last month. In fact, studies have shown that Amazon Kindle Fire may already be on its way to becoming the #2 tablet right behind the iPad. But Amazon has been losing a ton of money to get here. It is no secret that Amazon loses money each time a new Kindle Fire is bought. That partially explains why the company’s shares have started falling as the company has missed sales estimates yet again.

Amazon earned $17.4 billion in revenue in the 4th quarter of 2011 (missing the $18.3m estimate). But net income fell by 57%. Investors are particularly disappointed that Amazon got less revenue from digital media than anticipated. The fact that Amazon is not as profitable as some were hoping can be explained by the company’s push to squeeze margins to grow. But the sales slowdown is not a good sign for Amazon.

Amazon has put a lot of pressure on other players in the tablet market by offering the Kindle Fire for such a low price. The company is really pushing it with its pricing strategies. So its expenses are expected to remain high for the time being. Will investors stay patient? We will have to wait and see.