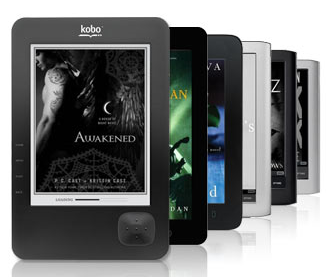 With e-books becoming more popular each day, it was only a matter of time before a top book seller started feeling the heat of the digital shift in the publishing industry. Borders did put up a challenge against Amazon and B&N by bringing Kobo reader and a few affordable tablets to its store. Apparently, the company has not managed to gain enough traction to avoid bankruptcy at this point. According to The Wall Street Journal, Borders will restructure its business under chapter 11 to remove a large number of its physical stores.

Once physical shelf space is gone, it’s gone forever… If you remove books from our towns and villages and malls, there will be less opportunity for the serendipitous discovery of books. And that will make it tougher to sell books. Borders has an opportunity to save itself with e-books.

While it would be foolish to assume that small publishers are playing the game at a level playing field with the big guns, it is true that these days they have more tools available to them to reach out to their audience. Big publishers may feel the heat a bit as some of these physical stores disappear. Borders still has a chance to save itself but according to restructuring expert Jim McTevia of McTevia & Associates, it does not have too much time:

They could get the new financing and get the refinancing and probably be able to delay an insolvency. But on the other hand, in the final analysis, if the company is losing money, nobody is going to put any more money into the company in the form of a loan unless they have bankruptcy court priority protection of a lender.

Considering that Apple is now starting to squeeze publishers for its share of e-books sold on iPads, Borders’ salvation may hang on Android tablets.

Your turn: Can Borders be saved?