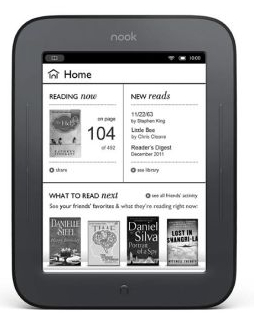 B&N has finally given up on trying to beat the Kindle with its NOOK Simple Touch e-reader. As multiple sources have reported, the device has simply disappeared from B&N stores. You can still get the GlowLight version for under $120. Is there a new NOOK on the way? We have heard rumors about that. But why would you want to invest in products by a company that is pursuing such a confusing strategy. Here is what B&N had to say about this to GeekWire:

The critically acclaimed NOOK GlowLight is the successor to both NOOK Simple Touch® and NOOK Simple Touch® with GlowLight®. These earlier models are available in limited supplies only at Barnes & Noble retail stores and are sold out online at BN.com

Are we going to miss these old readers? Not necessarily. Let’s face it, these older NOOKs were attractive for folks who wouldn’t want to spend $100 on an e-reader. They were not getting an update and could not compete with newer Kindle models. Will B&N release cheap NOOKs in the future? I doubt it at this point.