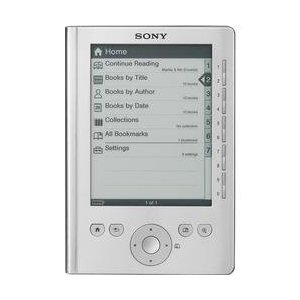 With all the talk about e-book readers and how great they are, it is easy to forget what has been happening in the e-book reader market in the past few months. Some of the most promising e-reader devices have died without even making it to the market (e.g. Plastic Logic Que Reader). In fact, only a small number of devices from of our e-reader list from 2009 have made it to 2010. With Amazon dropping Kindle’s price to as low as $139, things are going to get even more difficult for those small players.

It is not all doom and gloom as Ars Technica puts it, but there is no question the e-reader market is maturing:

Sprint and Hearst cancelled the Skiff e-reader, then the Plastic Logic QUE was delayed yet gain. Last month, long-time Dutch e-reader maker IREX went bankrupt—the Iliad e-reader just didn’t sell well enough in the US, and the company ran out of cash.

Ars Technica has a point about Kindle and iPad putting almost too much pressure on other e-readers. The price gap between Apple iPad and Kindle should give other companies the chance to come up with more sophisticated e-readers and compete without going head to head against Apple iPad and Amazon Kindle. There is going to be a market for multi-touch and even color e-paper readers. Players interested in those ideas need to find a way to keep their prices low enough to avoid crossing any major market segment boundaries.

Kindle or iPad are not fully responsible for Plastic Logic and Skiff readers dying. Companies need to be able to execute their plans fast or they get left behind. Plastic Logic had plenty of time to get it right. By the time the company presented its e-reader, it was too late. The market had moved on. Many other e-readers have suffered from lack of enough features and bad pricing practices.

Let’s face it. Kindle would not have survived this market without Amazon’s full support. The days of one-trick pony devices have been numbered for quite some time. Kindle has its die-hard fans but without Amazon pushing this device like it has in the past 2 years, Kindle would not be here today. The future is not all doom and gloom for e-book readers. They will just keep getting cheaper. Wouldn’t it be nice if all e-readers were free or close to it?