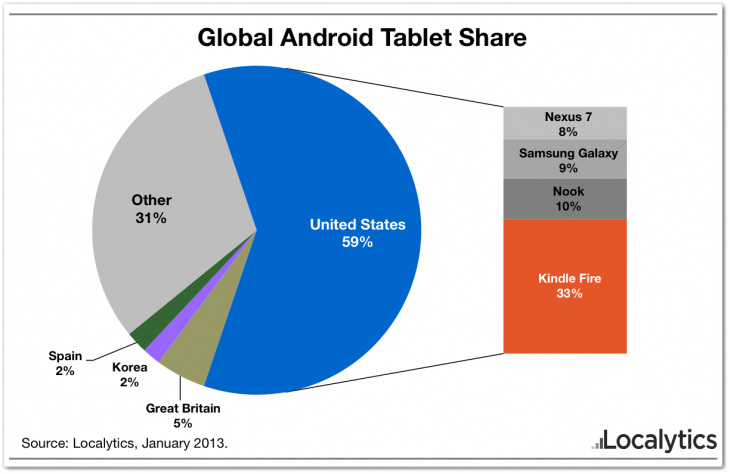 Localytics’ research suggests that 89% of Kindle Fires are based in the U.S. The data puts the Kindle Fire family ahead of Nexus 7 and Samsung Galaxy devices in terms of market share. Apple may be dominating the market for now but Android tablets will eventually surpass iOS tablets in market share. Amazon will have to compete with future Google, Samsung, and other Android tablets to keep its momentum though.