Apple announced its new tablets just a couple of weeks ago. They are not going to ship in October though. The iPad Air will be available starting November 1. That can’t be said about the iPad mini 2. In fact, Apple has not confirmed an official release date but Target may have leaked it. 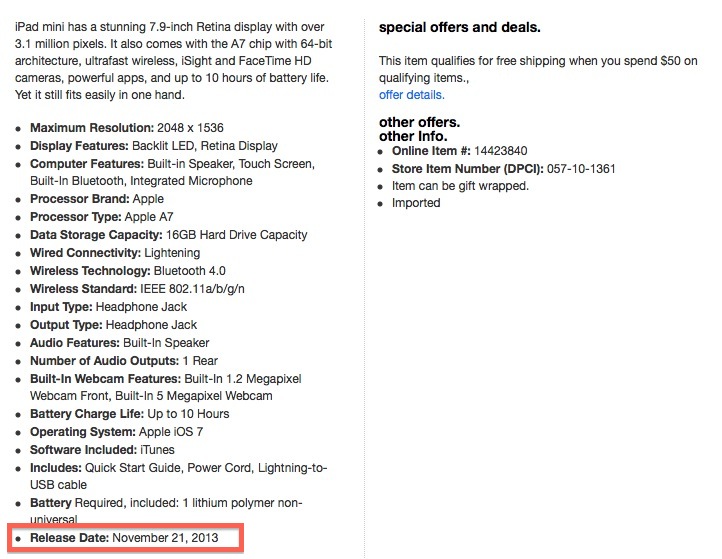 Target’s website suggests the iPad mini 2 goes on sale on November 21. This could always be wrong but it does make sense since Apple has not said anything about when these tablets ship. It is no secret that Apple has had trouble making enough iPad mini 2 units to meet the demand for these tablets. If you need one, you should order as early as possible.