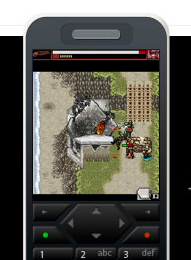 Amazon stunned a lot of people by announcing its plans to release a software development kit for Kindle. Many of us have been asking and begging Amazon to allow developers to enhance its platform via third-party apps. That is going to be possible with Kindle Development Kit. We already know that a Zagat application is in the works, but what stunned many was the announcement that EA Mobile was planning to introduce games for Kindle. Yes. The current crop of Kindles that come with a lousy, 1990-like interface. How could it be even possible? I am sure Amazon is not planning to ask EA Mobile to develop a better minesweeper. This all sounds a bit fishy, unless we are not talking about the same Kindle.

In truth, Amazon Kindle 3 is well over-due. Amazon Kindle has been upstaged by Nook and new Sony Readers in the past few weeks, and the company desperately needs some momentum to get back on the right track. The introduction of Kindle DX with Global Wireless doesn’t really count. Considering that Amazon loves releasing its devices in the early part of the year, we could technically see a February/March announcement for Kindle 3.

KDK can certainly be more of a success that most people think. But I am not sure what developers can do with the current software on Amazon Kindle. There are limits to what you can do with the current hardware/software setting. So don’t be surprised if Amazon introduced a color screen Kindle very soon. Amazon did test a color screen Kindle months ago but decided against introducing it as the price would have been too high. Color e-paper technology is out there, so Amazon has no excuse there. Now that Apple is planning a $1000 tablet, Amazon may be able to use that to justify introducing a more expensive Kindle.

At this point, I can’t see how developers can come up with “iPhone-like” applications for current Kindles on the market. The current Kindle software is nothing like iPhone OS (not that it’d have to be), and it still has ways to go if it is to handle sophisticated apps. So Amazon may be giving us a hint about the future of Kindle. Let’s hope Amazon steps up and delivers.