Apple has been dominating the tablet market with the iPad. Many have tried and failed to put up a formidable challenge against that tablet. Amazon may be about to change that with the Kindle Fire. Yesterday, we reported that Amazon was boosting Kindle Fire productions to fulfill all the Kindle Fire orders it has been getting. Surveys are now suggesting that the Kindle Fire may outsell the iPad this holiday season. 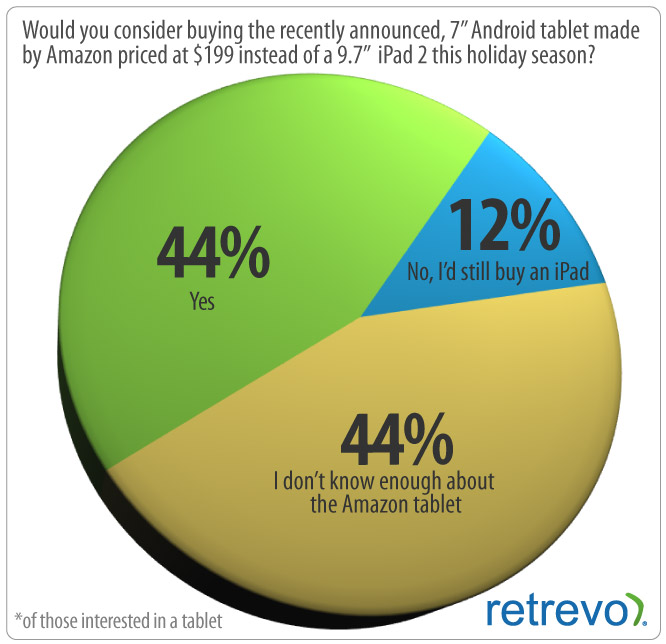 Even those who own a tablet seem to be intrigued with the idea of getting a Kindle Fire. Let’s face it. The Kindle Fire won’t outperform the iPad in most departments. But it is a cheap media tablet for those who do not need all the bells and whistles on iPad. Considering that the state of the economy is not that great, the Kindle Fire will remain a hot item for the foreseeable future.