Amazon has already shown that it is dedicated to keeping Kindle among the top e-readers on the market. But it has not forgotten about the software side of things. Amazon has just released an update for Kindle app for iOS that makes it work like a charm on iPhone 4 and improves its performance in search, switching, and other areas (keeping it among the best e-reader apps on iPhone/iPad). 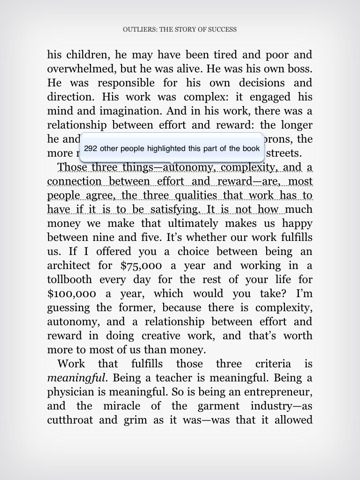 For starters, Kindle for iPhone and iPad is still a free application (not suggesting that Amazon planned to make it a paid app). The iPhone version has been updated to work fast on new iPhones (support for fast-switching). The search functionality has been improved too. Users can now search for things using Google, Wikipedia, or the app’s built-in dictionary. It may not be perfect (in-app browser would be much better), but it’s a start.

Just like Kindle 3, this is not a major update for Kindle app. Amazon seems to be playing the waiting game as far as its iPhone/iPad apps are concerned. These apps are decent and do make reading books on iPad more convenient. But we haven’t seen anything revolutionary from Amazon in the past few months. The good news is, Amazon will continue selling a ton of e-books in the upcoming months. Hopefully, that will keep it motivated to innovate and introduce some of those outside-the-box ideas.

How would you improve Amazon Kindle app for iPhone or iPad?