Google Reader died just a few days ago but it has been quite a struggle to replace the service. Digg Reader, Feedly, and NewBlur all have potential. But we have been using BazQux Reader for quite some time and there is no need to switch from it unless those other players offer something special. If you are a fan of BazQux Reader and would like to keep your RSS feeds synced on your iOS device, you should give these BazQux iOS apps a look: 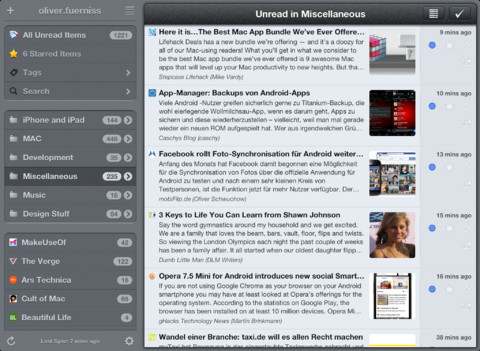 Mr. Reader: one of the best RSS readers around. It lets you keep your feeds synchronized with your Feedly, BazQux Reader, Feedbin, FeedHQ, Feed Wrangler and Fever accounts. It supports multiple accounts and lets you search through feeds with ease. 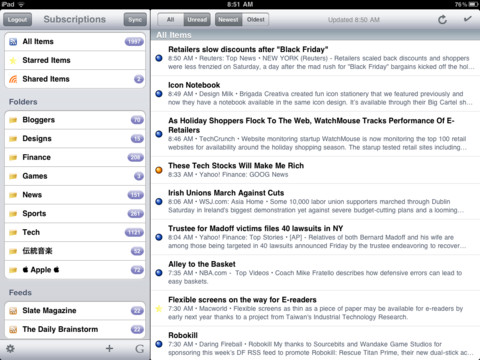 Feeddler RSS Reader Pro: it used to be a Google Reader client but does let you sync your feeds with Bazqux Reader. It supports multiple accounts and is optimized for Retina displays. This is a universal application. It caches RSS articles for offline reading, which is a plus.

Have you found better BazQux apps? Are you using BazQux? We would love to know your thoughts on it.