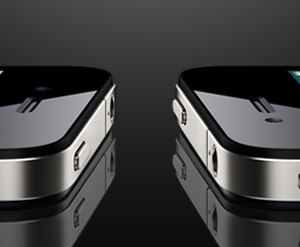 We knew Apple was going places with the iPad. What we did not expect was the speed in which the company has increased its e-book market-share. During WWDC 2010, Steve Jobs announced that Apple had sold over 5 million e-books since the launch of iPad. That puts Apple’s Ebook market-share roughly at 22%. Steve Jobs did not specify more details about these stats, so it is tough to know how Apple iBooks has fared against Amazon Kindle for iPad.

Apple is not stopping with iPad. iBooks is coming to iPhone 4, so people will have the opportunity to buy e-books on those tiny devices. Considering the reception that iPhone 4 has gotten, Apple could easily double its market-share in a flash (at 2.5 books per device pace) . iBooks will be getting a major upgrade in the near future too (which will include support for PDF). Wireless syncing across multiple devices is going to be a big plus.

It still amazes me that some people use their iPhones to read e-books. It is just very difficult and inconvenient to read a book on such a device. It’s true that iPhone is easy to carry around, and it may be useful for reading for a short period of time. But, the majority of iPhone owners will most likely not use their iPhone as their main e-reader. With that said, Apple has gotten the upper-hand in the e-book market. Amazon did rule this market with Kindle for quite some time. Now, it’s best bet is to go all in with Android. Considering that Android will be overtaking iOS in market-share in the very near future, Amazon will have a good chance to make a fight out of this.

We still do not know how many e-books Amazon has sold through iPad. What we do know is that Amazon needs to respond and do it quickly to stop Apple’s momentum. Let’s hope Amazon manages to amaze us all with Kindle API and Kindle 3.