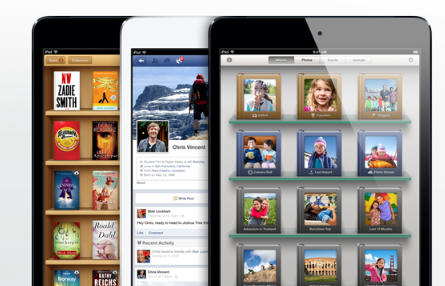 The iPad Mini 2 is coming soon. The first version of this device does not have a Retina display. The second version could offer Retina display and an improved processor. RBC Capital Markets analyst Doug Freedman is now suggesting that Apple is moving up introduction of the next iPad Mini:

iPad Mini Gen-2: Apple’s gen-2 iPad mini is getting pulled-in, and is likely to have several new suppliers, with TXN gaining content.

It is probably a bit too early to talk about the iPad Mini 2 at this point, considering that the first generation iPad Mini is meeting a very high level of demand. According to Mr. Freedman, Samsung is planning to bring devices with bendable screens to the market. That could put even more pressure on Apple. It remains to be seen how Apple will respond to that.