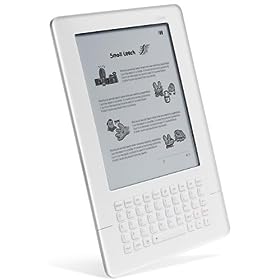 2010 is finally upon us, and it has started with a bang for all of us e-reader fans. CES was truly an exciting event for the fans of this industry, and that’s just the start. The e-book reader market is here to stay and grow. So you can expect more ebook readers to be released to the market by the time we are done with 2010. With that in mind, here is the list of e-book readers that are on the horizon in 2010:

A few other companies announced their plans to introduce new e-book readers to the market in 2010. So the market is going to get very crowded soon. Let’s not forget that Kindle 3 is on its way, and we could have it in a matter of months. e-book readers won’t be cheap, so pick and choose wisely.

Your take: what e-reader are you excited about the most?