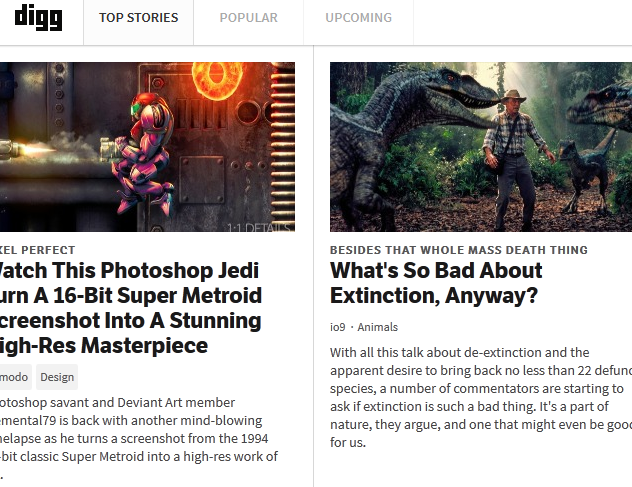 It is no secret that Digg is planning its very own Google Reader alternative. The company promised that as soon as Google decided to pull the plug on the Reader project. Digg has now released more information on its RSS reader. It is planning to keep it simple, make it fast, offer synchronization across devices, and make it easy to import from Google Reader.

Google did a lot of things right with its Reader, but based on what we’re hearing from users, there is room for meaningful improvement. We want to build a product that’s clean and flexible, that bends easily and intuitively to the needs of different users. We want to experiment with and add value to the sources of information that are increasingly important, but difficult to surface and organize in most reader applications — like Twitter, Facebook, Tumblr, Reddit, LinkedIn, or Hacker News. We likely won’t get everything we want into v1, but we believe it’s worth exploring.

We’re a small team, and while we tend to work best under tight time constraints, building a Google Reader replacement in a few months is a massive undertaking that will consume our days and nights.

explained the Digg team. I am a bit skeptical about this effort. Those of us who have followed Digg’s story in recent years have a lot to be skeptical about. Tools such as Feedly have already attracted many Google Reader users already. It remains to be seen whether Digg can pull it off. Let’s hope they are successful but nothing Digg does surprises me at this point.