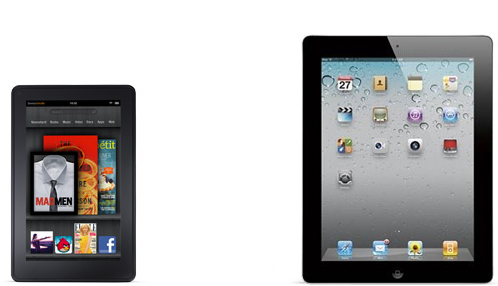 Apple and Amazon have had a very interesting relationship in the past few years. For years, the late Steve Jobs did not show a whole lot of respect for Amazon Kindle and the company’s efforts in this business. The current Apple CEO is not a fan of Amazon’s approach to making tablets either:

Price is rarely the most important thing … A cheap product might sell some units. Somebody gets it home and they feel great when they pay the money, but then they get it home and use it, and the joy is gone…. every day that they use it until they aren’t using it anymore. You don’t keep remembering ‘I got a good deal’ because you hate it.

It would be easy to dismiss these thoughts due to Apple and Amazon now being fierce competitors. But Mr. Cook does have a point. Studies have shown that Amazon Kindle Fire users are not exactly very happy with their device. Some have major issues with the hardware design while others are not impressed with the power of this tablet.

Interestingly enough, Apple is rumored to be testing 8 inch iPads at this point. These mini iPads may or may not make it to the market. But this does show that Apple understands the challenges coming its way in 2012 and beyond. Amazon intends to release its own 9 inch tablet device in the very near future. Things are only going to heat up between these two companies.

What’s your take? Are you happy with your Kindle Fire purchase? How about your iPad?