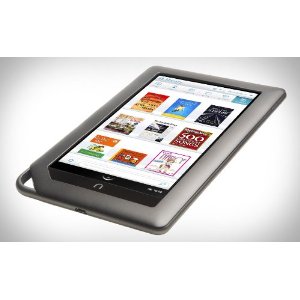 It has been a few days since Google released the source code for Android Jelly Bean. Independent developers have already shown how to run the software on the Kindle Fire. Now there are early builds of Jelly Bean available for devices such as Transformer Pad TF300T, Barnes & Noble NOOK, and Acer Iconia.

The NOOK version of this release seems to be at very early stages. It is an Alpha release, so many things don’t work. But touchscreen, accelerometer, and data statistics seem to work. The release is available for 16 GB NOOK Tablets only. You will have to wait a while before Android Jelly Bean fully works on the NOOK Tablet.