Apple has finally introduced its latest creation, the iPad, with the world. As many of us expected, Apple didn’t pull any stops with this device. The company is going after multiple markets hard and has sent a message market leaders with the iPad. Netbooks and e-book readers are going to be the among the main targets of the iPad’s assault. The device does look like a more shiny version of Kindle DX. It doesn’t take advantage of E-ink technology and is not supposed to be just an e-reader. At the same time, it can be used to consume content on the go. 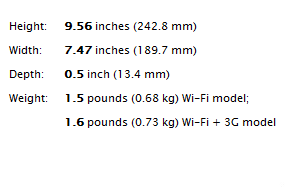 Let’s get this straight. Apple iPad is not an e-book reader by itself, and it doesn’t intend to be. It’s a mobile tablet that can display e-books and do a lot more things. But what makes the device more impressive is its low price considering all the features that it offers. You can essentially get your hands on one of these for as much money as you’d have to pay for a Kindle DX. It won’t have global wireless for free, but it could still put pressure on Amazon.

At some point, Amazon will have pay more attention to innovation and focus less on price drops. So far we know that Amazon intends to go down with a fight. It’ll certainly be interesting to see how powerful Amazon Kindle apps will be. But Apple has Amazon beat in the know-how and platform departments at this point. The iPad may not kill Amazon Kindle, but it will most likely force another price drop by Amazon. That would buy Amazon some time before the release of its next generation Kindles. Apple has raised the bar higher for everyone. Let’s see if Amazon can respond.