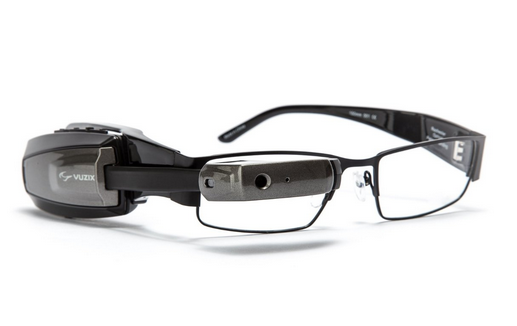 Remember Google GLASS? The device used to get a lot of coverage in the media last year. Google still has grand plans for it. It is not the only smart wearable of its kind though. Vuzix M100 Smart Glasses happens to be an Android-based wearable computer that pairs with your other Android devices and lets you capture high definition video and 5 MP still images using its camera.

Vuzix M100’s memory can be expanded to 32 GB. The device does have a video recording indicator light for folks who value their privacy a lot. Like what you see? This sets you back $999..99 at this time.

[where to get it]