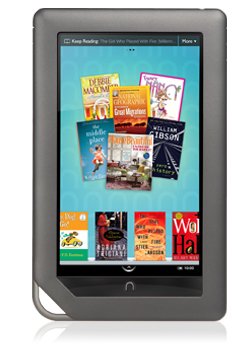 NOOK Color is not a fresh tablet by any means. It has been around for a couple of years now. The device has been hacked and rooted many times in the past. The latest hack brings Android 4.2 to this tablet. NookieDevs have released an Alpha CM10.1 release for the NOOK to breathe new life into it. The hack is not perfect and has bugs that need to be worked out.

this is an Alpha release for people to get a sense of the new features in Android 4.2.1. Performance doesn’t seem quite up to par as CM10 as yet, and any lingering bugs in CM10 will likely be present in this release. While almost everything is working, we do expect users to uncover some additional bugs. Please take precautions to backup your device/data.

You should be able to flash this over CM10; however, if you run into a bug, please do a full wipe and reinstall before reporting. See Post 2 for wipe procedures and gapps information.

explained user eyeballer at XDA Developers forum. Most NOOK Color owners have already upgraded to new tablets, so they may be able to take more risks with their device.