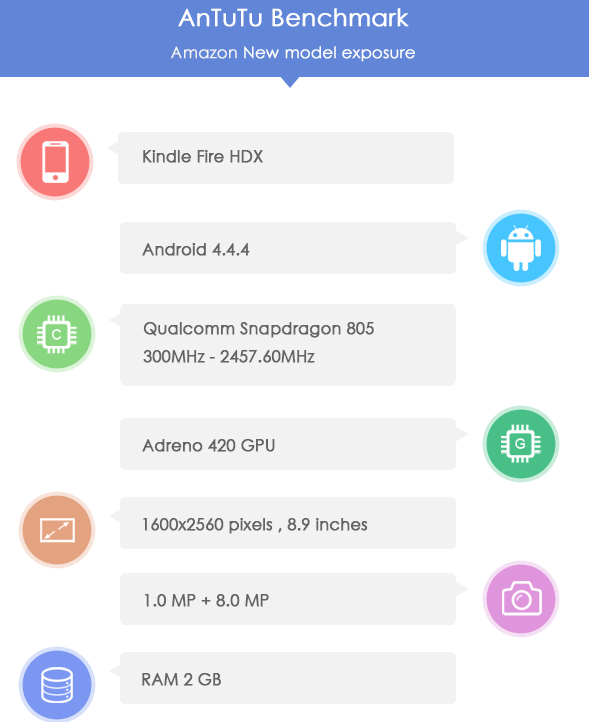 Amazon is going to release more new products in the upcoming months. The Kindle Fire HDX is already a decent tablet. But it seems Amazon is testing a new Kindle Fire HDX with a quad core 2.5GHz Qualcomm Snapdragon 805 processor and an Adreno 420 GPU. The device also has 2 GB RAM. The device has appeared in AnTuTu benchmarks. The 8.9″ Kindle Fire HDX will have a 2560 x 1600-pixel display, 8 MP rear camera, and a modified Android 4.4.4 KitKat OS. We are not sure when exactly these new phones will be released.