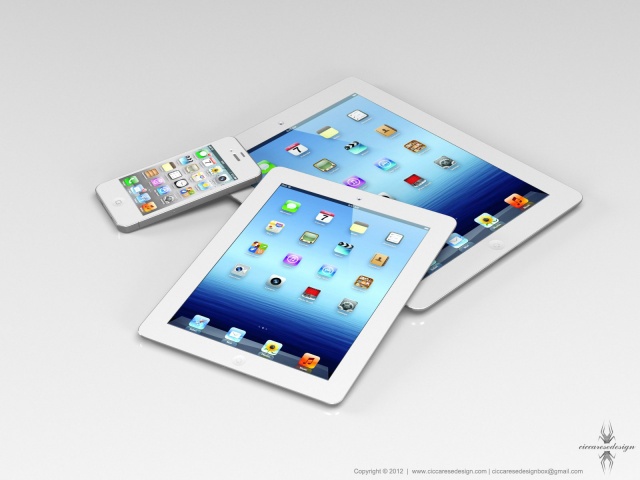 Many e-reader and tablet fans were excited when Amazon brought the Kindle Fire to the market. The device was much cheaper than other tablets and offered enough features to keep buyers happy. Since then, many tablet makers have worked hard to drop their prices or introduce new products to compete in this space. If the latest rumors are right, Apple will soon be joining this fight. As Kotaku has reported, Chinese portal NetEase is claiming that the iPad mini is already in the works and will be released in the third quarter of 2012.

While I am skeptical about this rumor, a $249 – $299 iPad mini could sell very well. The rumor suggests Apple will have 6m units ready at launch. Considering that we have heard this rumor before, we have a hard time believing this. Apple is already having a ton of success with the iPad 3. There is no reason for the company to change a winning game and act desperate.

Many of us have wondered how a 7 inch iPad mini would look like. Ciccarese Design‘s renders of the device show just that. Considering that Apple is a premium brand, the idea that the company will release super cheap iPads is a stretch. But we have been surprised in the past.

What’s your take: should Apple bring smaller iPads to the market?

[image:Ciccarese Design via Cult of Mac]