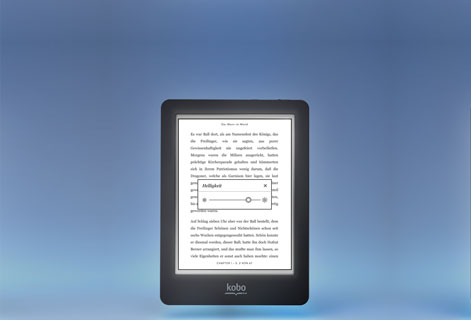 Amazon and B&N are not the only companies bringing new products to the market these days. Kobo wants you to know that it is here to compete as well. The Canadian company has released a couple of new tablets and e-readers to boost its offerings. The Kobo Arc is a 7 inch Android tablet with a 1280 * 800 touchscreen display, 1.5GHz TI OMAP 4470 processor, and 1GB of RAM. The device runs a modified version of Android 4.0. It will be available for $199+ in November.

The Kobo Glo is what you should be checking out if you need an E-ink device with a front-lit display. It goes directly against the Kindle Paperwhite and Nook Simple Touch w/ GlowLight. The device has the same display settings as the new Kindle. But it will cost you $129.99. Kobo is also releasing a smaller Kobo in the Kobo Mini. The device has a 5 inch E-ink Vizplex touchscreen display with 800 x 600 resolution. These will start shipping in October for $79.99 a pop.

It does seem that Kobo is going to struggle to make an impact with these products. While each of these devices have their own merit, the fact remains that Amazon and B&N are dominating in the e-reader market. By barely matching what they offer, Kobo won’t be getting enough momentum behind its new products to make a significant impact.

What’s your take? Are you impressed with these Kobo products?