Amazon has just released a new update for the 7 inch Kindle Fire HD. This free software update brings Swype, Kindle FreeTime Unlimited, and a camera app to your device. The addition of Swype is quite exciting. It makes entering text into your tablet a whole lot easier. We have covered Kindle FreeTime unlimited here already. This subscription service gives parents the chance to provide their children with videos, apps, and games. The update is available through Amazon but you could also get it over the air. 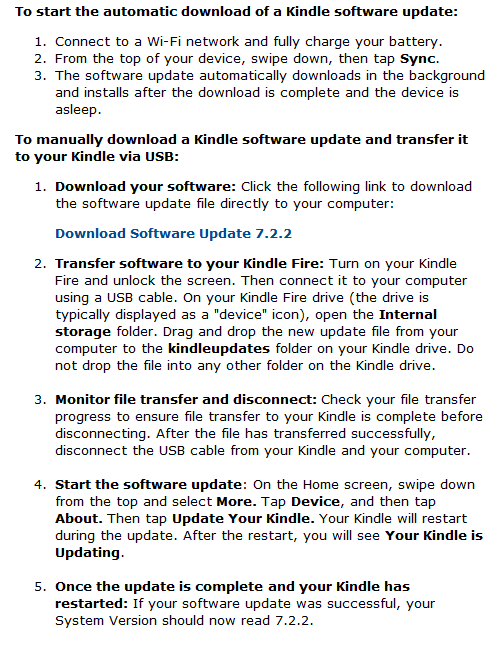 Speaking of Kindle Fires, these devices have been selling quite well. Amazon has made no secret of its tablet strategy. Its goal is for its customers to buy these tablets for cheap but spend money on content. Amazon has been investing a lot of effort in making its Appstore a nice alternative to the Google Play store. Reports now indicate that downloads from the Appstore are up 500% since last year.

There is no Google Play available on Kindle Fires (though we have covered ways you can bring apps from third-party Android stores to these tablets).  But the Appstore has potential. Amazon’s tools for developers have certainly helped developers get started easier. GameCircle, Test Drive, and Amazon’s Maps API have helped as well. Amazon has still a lot of work to do in this field though.