It’s official folks. Amazon has launched its Kindle store for Brazil already. The company may have done that quietly but those of you who live in that country will now be able to purchase digital content directly from Amazon. The Kindle e-reader will soon be available in Brazil for R$299. Amazon has been trying to gain control of the Amazon.com.br domain for a while. With that issue settled, the launch couldn’t have come sooner.

We are excited to launch this new Kindle Store for Brazilian customers, offering the most popular best-selling books from many great Brazilian authors, all priced in Reais …. We’re also bringing our latest generation Kindle—the best-selling e-reader in the world—to Brazilian customers at a suggested retail price of R$299 in the coming weeks. With the launch of free Kindle reading apps in Portuguese, anyone who has an Android phone, Android tablet, iPhone or iPad, PC or Mac, can start reading Kindle books today.

said Alexandre Szapiro, Vice President of Kindle, Amazon.com.br. It has taken Amazon a while to pull this off. But it is nice to see the company bring its e-book platform to yet another great country. 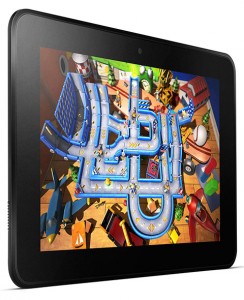 The Kindle Fire HD has been around for a while now. These 7 and 8.9 inch tablets by Amazon are expected to sell quite well this holiday season. But not everyone wants to get a tablet. If you have a Nexus S sitting around, you could always install the Kindle Fire HD 8.9 ROM on it. This early port was released by GalaxyUser, a member of the XDA-developers forum. Sound, Bluetooth, camera, and many other features are not working. But the idea has potential.