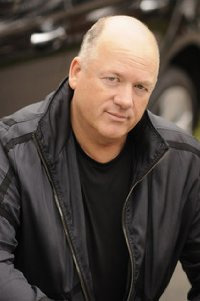 John Locke should need no introduction. The man is a superstar in the e-book publishing world. His book on publishing e-books has generated a ton of sales and gotten a ton of positive reviews. Not surprisingly, he has decided to sign a deal with Simon & Schuster to sell his work the traditional way:

Not only does John Locke write terrific novels, he clearly knows his audience and has a deep understanding of how to reach them. We are very excited that we can now help to expand John’s readership to include those millions of readers who still savor the joys of sitting down for a few hours of entertainment with a traditional paperback book. It is a win-win for all concerned,

said Simon & Schuster’s Stephen Black. John Locke’s story is worth following for anyone who wants to make a decent amount of money selling e-books. Now that he has managed to sell a ton of e-books on Amazon, Mr. Locke gets to brings his book to a book store near you. He will retain control over his ebook publishing so it is a win win. It will be interesting to see whether John Locke’s books will be as successful in the traditional publishing world.