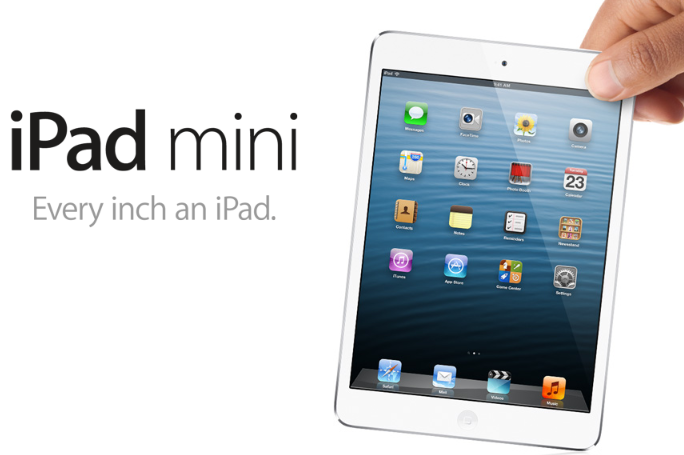 Apple was expected to release a new refreshed iPad and iPad mini this month. The company did just that today. The new iPad 4 has many things in common with its predecessor. But it also has a faster processor, a better front facing camera, and faster WiFi. The price has not changed though. Just like the iPhone 5, the iPad 4 also has a Lightning port.

We had heard rumors about the iPad mini for months. Apple finally introduced the 7.9 inch device today. It is 7.2mm thick and weighs 0.63 lbs. The display resolution is 1,024 x 768 pixels. The iPad mini has a dual core A5 chip and 512 MB RAM. The battery life stays at 10 hours. The price was the most disappointing part of the announcement. Most of us expected the gadget to cost somewhere between $249 to $299. But Apple proved that it is not interested in ruining its premium image by setting the minimum price for the iPad mini at $329 (see full chart on Digital Trends): 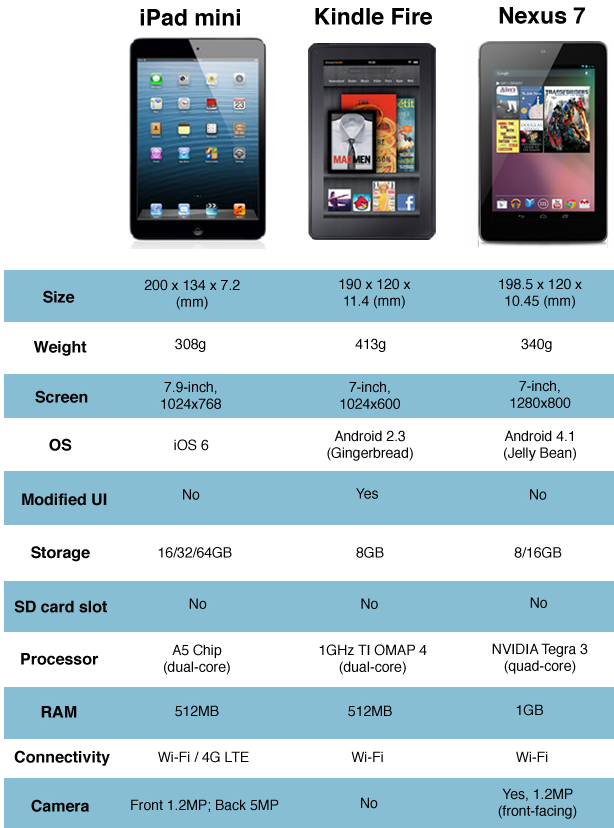 Apple has done a marvelous job putting the iPad mini together. The device is not ust a smaller version of the iPad 2. The bad news is the Nexus 7 already has it beat in many areas. The price plays a big factor too. The 16 GB version of the Nexus 7 costs $80 less than the iPad mini. But you get Android 4.1 with it. At the end of the day, it comes down to which ecosystem you have bought into. If you already have a ton of free and paid iOS apps in your collection, the iPad mini is clearly the best choice here.

This could turn out to be a brilliant move or a devastating blunder by Apple. Apple’s diehard fans will most likely pick up the iPad mini. But will the sales numbers be good enough for Apple? That remains to be seen. Overall, this is a disappointing piece of hardware using a great platform. Will you take the good with the bad?