There is no doubt iPad 2 is one of the best tablets on the market. It has a super fast processor, decent amount of memory and storage, cameras, a more compact design. Those of you who have used your iPads to read e-books in the past are going to find iPad 2 even more convenient to use. iPad 2 still has a screen that is not made for reading under lights. The glare can be blinding at times. 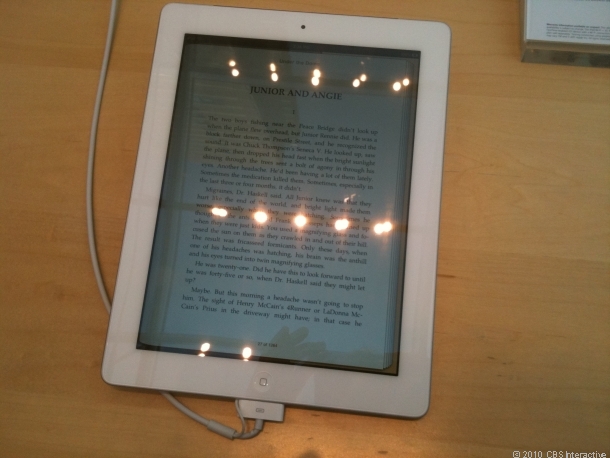 As reported by CNET’s David Carnoy, Apple has not focused too much on improving iPad’s screen this time around:

She said that while Apple had taken steps to make the screen more fingerprint-resistant, the screen had remained basically the same in terms of resolution and contrast. While it’s no Retina display, text appears sharp and the touch screen is great for navigating content, flipping pages, and highlighting words to look up in the dictionary (or just highlight for future reference). Since this is an LCD, you also won’t have an issue reading in the dark, like you do with e-ink e-readers.

While many of us did not expect iPad 2 to beat Kindle’s experience under lights, it is disappointing that Apple did not put more effort in making iPad 2 more convenient to use for e-book lovers. A more anti-reflective screen surely would have been a nice touch. The good news is Amazon will most likely introduce a new Kindle in the next couple of months.

Is iPad 2’s reflective screen a deal breaker for you?