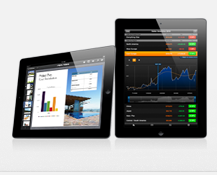 When it comes to screen sizes of gadgets, not everyone has the same taste. Some people love having very large screens while some of us are more productive on smaller devices. We have seen plenty of 7 inch tablets released to the market in the past couple of years. Many of them have been busts. The Kindle Fire has seen a lot of success but that’s mainly due to its low price.

Many smartphone owners also have tablets. But that does not mean they want to use their devices the same way. Smartphones are great for getting things done and staying connected on the road. Tablets offer larger working area and are much useful for people looking for a replacement for their netbook or laptop. There is no secret that Amazon is planning to bring a larger Kindle Fire model to the market later this year. One has to ask whether the 7 inch Kindle Fire’s screen puts a ceiling on how far it can go.

As Steve Jobs explained in 2010, 7 inch tablet do have some deep flaws:

One naturally thinks that a 7-inch screen would offer 70 percent of the benefits of a 10-inch screen. Unfortunately, this is far from the truth …. The screen measurements are diagonal, so that a 7-inch screen is only 45 percent as large as iPad’s 10-inch screen. You heard me right: Just 45 percent as large. If you take an iPad and hold it upright in portrait view, and draw an imaginary horizontal line halfway down the screen, the screens on these seven-inch tablets are a bit smaller than the bottom half of the iPad’s display. This size isn’t sufficient to create great tablet apps, in our opinion

Not everyone prefers larger screen tablets. But Amazon does realize that it needs to compete in that segment of the market to put more pressure on Apple. Let’s hope Amazon does a better job with the Kindle Fire 2 design this time around.