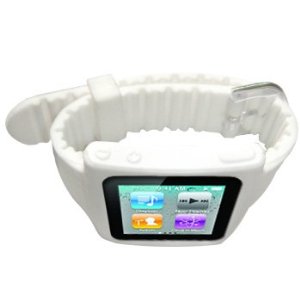 Apple is serious about building its own wearable gadgets. Its iPhone and iPad devices are very popular. But the company is going to need new products to keep investors and customers excited. Bloomberg is now reporting that Apple has a team of 100 designers working on the iWatch. The team includes managers, members of the marketing group, and software/hardware engineers.
As former Apple employee Bruce Tognazzini explains, the iWatch could be a huge deal for Apple:

The iWatch will fill a gaping hole in the Apple ecosystem … Like other breakthrough Apple products, its value will be underestimated at launch, then grow to have a profound impact on our lives and Apple’s fortunes.

The iWatch may not be the only wearable device Apple is working on. Just like Google, we may see Apple glasses in the near future. The iWatch won’t replace your iPhone or iPad. But it will do some of the tasks they are capable of doing today. No word on how much it will cost.