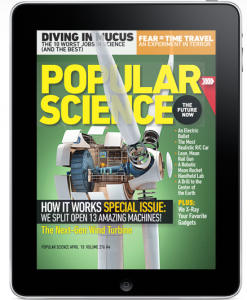 The e-book industry has gotten a whole lot more interesting with Apple and Google entering the market. Who would have thought just a few years ago that e-readers could become so popular? The e-reader market still has some room to grow. Kindle, Nook, and iPad are all powerful devices, but we will have to wait a while to find the true king among the current crop of e-readers. The iPad has the momentum, however.

According to TheStreet, Amazon is expected to sell 2M Kindle units in 2010. That’s not a bad number, though it’s tough to verify as Amazon is not exactly too open about Kindle sales numbers. We do know that Amazon sold about 1M Kindle units in 2009, so there has been some progress for Amazon in that regard. These numbers could change if Amazon is able to bring some excitement back to Kindle fans with Kindle 3.

Apple, on the other hand, is expected to sell 4M iPad units in 2010. That means unless something drastic happens, Apple is on its way to becoming the market leader in the e-reader market. Amazon and B&N still have a lot of positives going for them. Both companies are working on their next generation readers. In the meantime, they both plan to use their software to grab e-book sales across multiple platforms. Google Editions may disrupt some of those plans, though we will have to see the service in action before judging what it’s capable of.

Kindle fans are truly a passionate bunch. You don’t have to look further than Amazon forums to realize how badly they want to see a next generation Kindle that can put the iPad and other fancy tablets in their places. The trouble is, focusing too hard on hardware may not be the right option for Amazon at this point. Amazon Kindle is not dead. Far from it. But it won’t be able to dominate the e-reader market like it did a couple of years ago. To Kindle fans, that does not even matter.