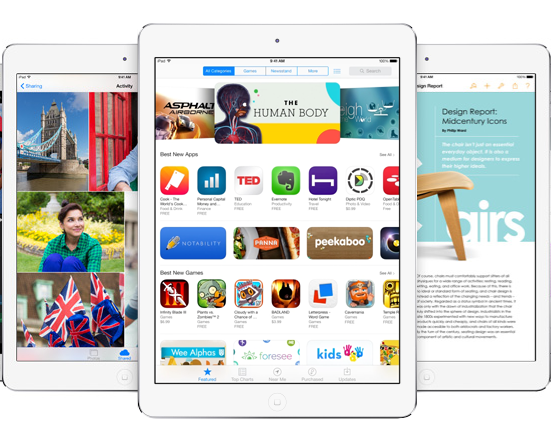 Apple is still going to make small iPads, but it is shifting its focus to larger tablets. The company is expected to introduce the iPad Pro with a 12.9″ display in 2015. The device will have the A8X processor inside, which will be manufactured by TSMC. The iPad Air 2 is going to debut much sooner though. It will have a faster processor, thinner design, and a fingerprint scanner.

As KGI Securities analyst Ming-Chi Kuo has suggested, the iPad Mini is not going to get a major upgrade this year since Apple is focused on building its large tablet. No word on how much that large tablet will cost.