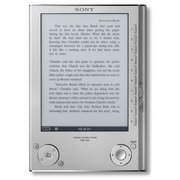 Sony has been trying hard to keep up with Amazon in the e-book industry. Sony Reader was the top dog before Amazon came up with Kindle, but it is now struggling to keep up with Kindle and the other challengers in the e-book industry. To its credit, Sony has not given up on the industry yet. Just a while ago, it announced that it was planning to partner up with Google to offer Google Books projects on Sony readers. It has also managed to sign up a few other publishers to boost its content bank. And to address one of Sony Reader’s biggest weaknesses, Sony is expected to announce a partnership with a wireless carrier to bring Internet connectivity to Sony Readers.

Perhaps the most interesting news is Sony’s plans to sell content in ePub format only. The move will allow Sony Reader fans to buy books from Sony and view them on Sony Reader or Plastic Logic. Amazon has so far kept its content format closed. Jeff Bezos has said in the past that he is planning to bring the Kindle platform to as many devices as possible. But Sony’s support for the open formats can lead to other players following the trend and leaving Amazon the odd man out.

What’s interesting about Sony’s move is the ease of restrictions on how people can use their e-books. With Amazon e-books, you’ve got so many restrictions that you feel as though you have rented books and not bought them. Sony and Adobe are working together to change that. Amazon is in a too strong of a position to change things around at this point, but as more companies enter the e-book market, it may not have a choice. It’s certainly a development worth watching.