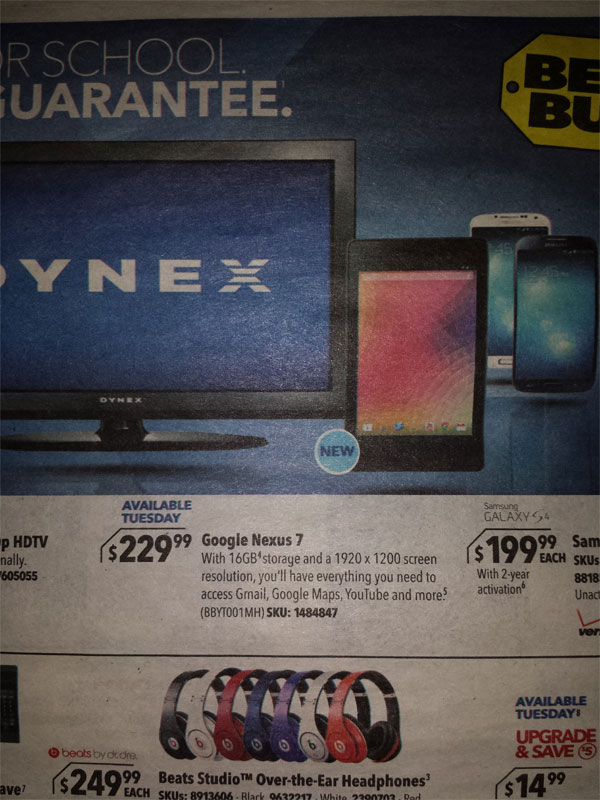 We have known for quite some time that Google is planning a new Nexus 7 tablet this year. The device is expected to be faster and will offer a better display. This Best Buy ad spills the beans on what the new Nexus 7 will offer:

Unfortunately, the rest of the specifications were not covered in this Best Buy ad. The Nexus 7 is never going to outperform a $500 tablet but it will still be a pretty decent tablet for what it costs. The device is expected to be released on July 30th.