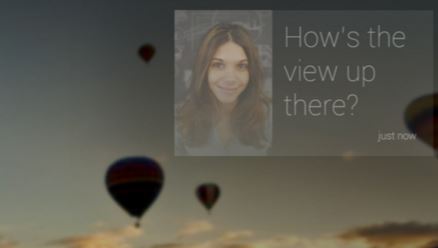 When Google Glass was released to Explorers, I wasn’t sure whether I was going to spend the kind of money Google was asking for to get a product that was still a work in progress. Google is not going to release Google Glass to everyone before 2014 for a good reason. In the meantime, the company is working with Glass Explorers to identify areas in which this wearable product can be improved. After playing around with Google Glass, I have to say it has exceeded my expectations.

Sure, Google Glass is not perfect. It does have a short battery life and the user-interface could be a tad bit better. It is a great tool to use to capture videos, keep up with the news, and get notifications on the go. Google Glass apps make it even more fun to use Glass. Unamo, one of my favorite iOS apps, is already available for Glass. It reads the news to you. Then you have your social networking apps, a killer translator, and IFTTT.

Should you get Google Glass now? That is really up to you. There are plenty of people who have invitations to give you, so you can get one of these glasses. The price is simply too high for the average consumer. But if you are planning to develop apps for wearable computers (not just Glass), it is never too early to start getting a feel for them. Let’s not forget that Glass can read your news and blog updates to you. It simply has lots of potential if used the right way.