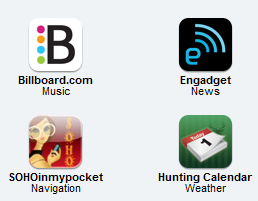 Kindle apps are coming. Amazon has finally decided to take a chance on Kindle apps and develop a Kindle development kit to allow developers to enhance Kindle’s capabilities via third-party apps. Apple has had a lot of success with iPhone apps, so it’s a no brainer for Amazon to get started with its own app store before it’s too late, considering that Apple tablet’s announcement is days away. Here is what Amazon had to say about this move:

We’ve heard from lots of developers over the past two years who are excited to build on top of Kindle. The Kindle Development Kit opens many possibilities–we look forward to being surprised by what developers invent.

EA Mobile is one of many companies that are planning to develop applications for Kindle. A Zagat application may also be in the works. Our sister website did cover what this move means for Amazon, but are we missing something between the lines? After all, if EA Mobile is planning to develop games for Kindle, the device will certainly need a more powerful software to handle any decent game. Amazon could be giving us the hint that Kindle 3 is close, and it will come with a much powerful software and hardware.

I don’t expect EA Mobile to develop FIFA type games for Kindle. At the same time, it’s tough to see what games it can develop for current Kindles on the market. The software is just not good enough to handle any decent game. I also suspect that we could be getting a color screen Kindle soon (for games and magazines). So the Kindle we know today could go through a major transformation through KDK.

Amazon has been a bit late in the game. It has allowed Apple all the time in the world to develop a tablet before introducing its own Kindle development kit. But it’s never too late to catch up. Considering that other e-book makers are not close to having their own development kits (not counting Nook and Alex), Amazon could further solidify its position with this new software development kit. But the software and hardware need to get better. Let’s hope Amazon Kindle 3 addresses those issues.