Amazon is after market domination in the U.K. How else can one explain it buying The Book Depository. This is an online bookseller in the UK with 6 million titles and shipping to more than 100 countries. Whether The Book Depository is the fastest growing bookseller in Europe is debatable. But the site does have a long-tail approach to it (does not focus on bestsellers only). 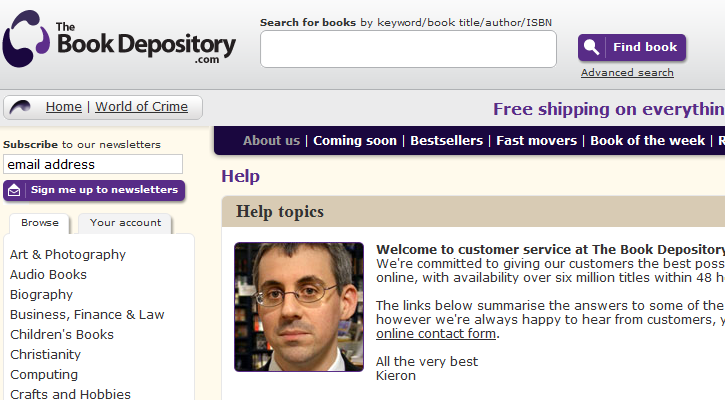 According to multiple sources, The Book Depository will continue to operate separately for now. As the Guardian suggested, this deal is far from done.

The publishing industry will be worried about the concentration of power in Amazon’s hands. They don’t like the stranglehold it has over online bookselling as it is.

said Neill Denny, editor of the Bookseller magazine. Unfortunately, this deal could lead to price rises and the end of the free shipping deal in the near future. Is Amazon becoming too powerful in the e-book industry? After all, the company controls a large portion of the market. At this point, Amazon does not seem to be in danger of being investigated for its acquisitions though.