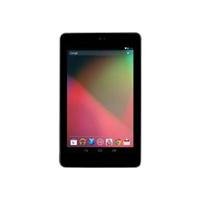 Remember the $99 tablet that ASUS has been working on? Many tablet fans are excited about the idea of getting their hands on a fairly decent tablet for just $99. According to Digitimes, the device is headed for emerging markets:

sources noted that Google and Asustek Computer want to aim the tablet at emerging markets and are setting shipment estimates between 500,000-600,000 on the device’s release date, which could be as early as the first quarter of 2013, noted the sources.

Digitimes also suggests that Google and ASUS may not be able to sustain the device with a $99 price tag, so it could be priced close to $149, though that would not be a smart move considering its rumored specs.  Will we see the new Nexus tablet at CES 2013? That remains to be seen.

Speaking of e-readers and tablets, B&N makes a few good ones already. The company is now offering e-book gifting option to its customers as a part of its latest in-store promotion:

B&N already provides its customers with instructions on how to gift e-books. Just choose which e-book you would like to purchase and which one you want to gift, and tell a cashier in a B&N store. Don’t forget to bring along the gift recipient’s email. This gift will be only available on NOOK devices and through NOOK apps though.