Many have complained about Apple’s plan to charge e-book sellers 30% for having the right to do business on iPads. Apple iPad is a highly popular e-book reader (a tablet really). But the same can’t be said for iBooks. Just because people are picking up iPads like hotcake does not mean they are actually using iBooks and buying e-books from Apple. 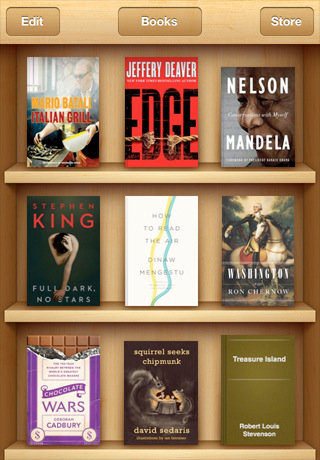 It seems Apple is finally getting ready to be more serious about iBooks. The company plans to attend BookExpo America conference. This is somewhat uncharacteristic for these folks but is a necessary move for a major player in the e-book industry. Amazon still has a commanding lead in the market (58 percent according to a report by PaidContent.org). Apple is behind B&N with only 9% marketshare.

While Apple relies on its retail stores to reach out to its customers, the company needs to put a better effort forward to make iBooks achieve a more respectable status. Bullying publishers into paying up 30% “iOS tax” is a dubious move though.