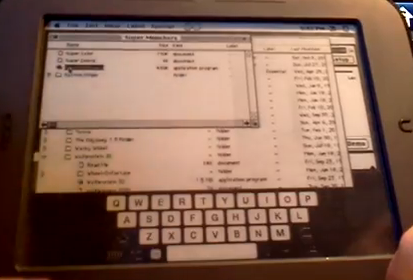 We have covered plenty of NOOK hacks here in the past. But most of them involved running a modified version of Android on NOOKs. But did you know that you could run Mac OS on these tiny devices? We saw a few leaked photos of NOOK running Mac OS last week. There is now a video showing the NOOK Touch running a Mac emulator as an Android app. You are going to have to hack your NOOK to pull this off though.

You can’t expect this to perform flawlessly. It is still a nice project to take on if you would like to do some NOOK hacking in the future. I am very excited to see what else can be run on a NOOK.