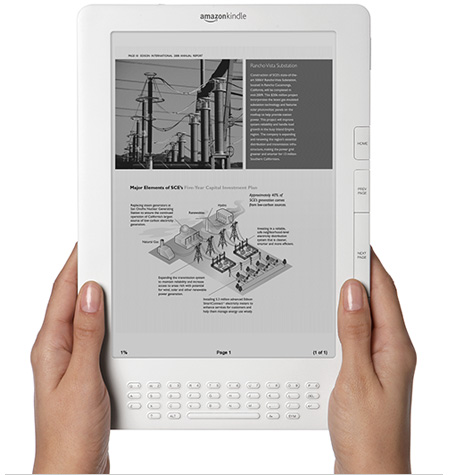 So much for Amazon making a headway among college and university students. Amazon was banking on Kindle DX being a hit among college students. Amazon even dropped prices to make Kindle 2.0 a more affordable alternative for those students who didn’t want to pay close to $500 for Kindle DX. However, the feedback from students has been a mixed bag. Princeton University was one of the few that started their own Kindle pilot program to find out whether using Kindle DX in colleges is a viable option. Students in select classes were each given a Kindle DX with all their books and everything they needed to complete their coursework. The feedback was not what Amazon was hoping for:

…Itâ€™s clunky, slow and a real pain to operate

One student said. Here is a more detailed explanation:

Much of my learning comes from a physical interaction with the text: bookmarks, highlights, page-tearing, sticky notes… All these things have been lost, and if not lost theyâ€™re too slow to keep up with my thinking.

These comments are not by any means an indication that Kindle doesn’t work. A part of the problem seems to be that people are not used to using e-book readers to go through their coursework. That was always going to be an issue, and there will be some who will resist new technologies. I do agree that Amazon Kindle and other e-book readers are not where they need to me when it comes to emulating physical interaction for students. That’s why Apple iPad and Microsoft Carrier seem to be better equipped to become a hit with students.

Amazon did drop the ball with Kindle DX. The company did not properly target students with that device, which could be the reason why some students are not too open to the idea of using Amazon’s e-book reader in their schools. It would have been much better had Amazon introduced a “Kindle – Student Edition” with features tailored towards the needs of students only. Amazon is not yet ready to take on that risk, and Kindle DX’s hardware is not too superior to Kindle 2.0. While I do expect Amazon to improve its hardware and software in the near future, it does seem Apple and Microsoft are better equipped to capture the student market in this industry. But Amazon can always surprise us and improve Kindle’s hardware/software dramatically with the next update.

Your take: is Amazon going for too much too early in the game?