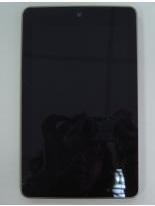 The Nexus 7 tablet is going to get an update soon. It will include a faster processor and a better display. ASUS K009 has already hit the FCC. As its Bluetooth SIG listing suggests, the next Nexus 7 will have the Qualcomm Snapdragon 600 Quad-core CPU inside. The FCC filing suggests the device will have a 5 MP rear camera and a 4000 mAh battery. It is safe to say the Nexus 7 will continue to be one of the most popular tablets in the future. Hopefully, we will get a chance to test this device soon.