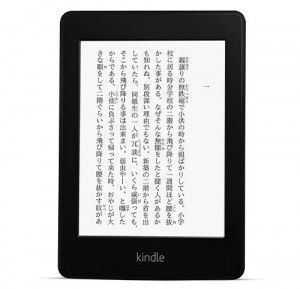 Amazon’s Kindle Paperwhite is a pretty decent device and very much in demand in the U.S. It is priced fairly low, so more folks can afford it as opposed to a tablet such as the iPad. The device is available in the Japanese market too. In fact, Amazon will be offering the device at a lower price in Japan than in the U.S. It will be sold in that country for round $100.

Amazon did have to price the Kindle Paperwhite low to keep it competitive against other challengers in the Japanese market. It still has its work cut out for it with Kobo and Sony readers getting a lot of attention in that market too. In the case of Kobo, Rakuten promises to make 200k titles available by the end of the year (Amazon launched with only 50k titles). This will continue to remain a challenging market for Amazon.